If you do a quick scan of the ‘heroes’ in film industries across India, Dhanush would probably be seen as one of the few versatile superstars. Put him in any movie genre, and the malleable actor slips into the character hand in glove. His performance in his latest release Thiruchitrambalam is no exception. As a classic slice-of-life romantic drama, it is like a warm hug on a cold winter evening.

Director Mithran Jawahar shows a simple love story at its core, backed by strong performances of Dhanush, Nithya Menen, Bharathiraja, and Prakash Raj, making it stand out despite the absence of the usual larger-than-life elements that make masala films so popular.

Here, the plot revolves around the titular character Thiru or Pazham (Dhanush) and his struggle to find love in his life. He lives with his father (Prakash Raj) and grandfather (Bharathiraja) and works as a food delivery person in Chennai. As we are introduced to Thiru’s middle-class world, he is shown to be an average Joe — a character that Dhanush has mastered portraying on screen. He has not been on talking terms with his father for over a decade since his mother and sister died in a car accident. His childhood best friend Shobana (Nithya Menen) lives in a flat below his own in the building.

Menen and Dhanush’s chemistry is crackling at best. It doesn’t take more than a heartbeat for us to invest in their bond and friendship. Seeing two stellar actors come together on the screen — Dhanush’s screentime with Prakash Raj and Bharathiraja is equally good — committed to their ‘jugalbandi’ is a cinematic treat.

The best aspect of Thiruchitrambalam is, perhaps, its simplicity and commitment to the world it is based on. At no point does it try to morph into something higher. It has its intentions and priorities crystal clear. It is not trying to make any point or deliver a message. At the core of it, Thiruchitrambalam is a story about a generally likeable Thiru trying to overcome grief to find ‘the one’ — not an original idea. But the film leaves its mark because of its rich characters and strong performances so that you end up mirroring their emotions. They laugh, you laugh. They feel sad, you get the sinking feeling too.

For the most part, you know where the film is headed or how the climax would pan out. But retelling the same story (of a classic romantic-comedy) with warm simplicity and brilliant actors is always comforting.

Dhanush is pitch-perfect as Thiru. But the show-stealer is Menen who infuses her energy and effortlessness into Shobana’s character. Don’t be surprised if you miss her in the scenes she is not a part of — that’s how impactful her portrayal is. Shobana is a tricky character to play — she could have easily slipped into a caricature of a ‘bubbly’ female character, but that does happen in Thiruchitrambalam — not on Menen’s watch.

With this Tamil film, Jawahar has collaborated with Dhanush after 12 years since Daringbaaz Aashiq (2010). Thiruchitrambalam is a testament to the power of classic storytelling. Jawahar has shown that blazing guns or loud dialogues aren’t necessary to make a successful film.

If you are tired of wondering why films like RRR (2022) or KGF 2 (2022) do so well — this film is for you. Thiruchitrambalam is old wine in a new bottle. And the stellar medley of actors makes it worth each penny. 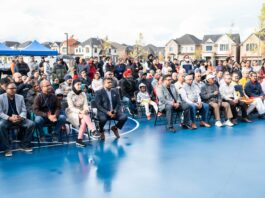 Rohit Sharma-KLRahul record most 50-plus opening stands in T20Is 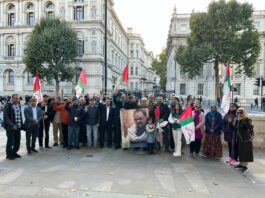