The Indian start-up ecosystem continues to remain strong as it seeks funding from Indian as well as overseas investors.

One of India’s fastest-growing Fintech Unicorns, Razorpay, today announced its Series-F fundraise of around $375 Mn. With this funding round, the fintech major’s valuation increased to $7.5 Bn. This makes it the fastest increase in valuation for an Indian Unicorn in a year. Razorpay was valued at $1 Bn in October’20 and $3 Bn in April’21. With the Series-F round, the Fintech Major has raised a total of $740 Mn in investments since its inception in 2014.

The startup is at the helm of offering seamless services to over 50,000 doctors on its peer to peer learning, electronic Hot record and reseller and in commerce Platform with a focus on the strategic deployment of Technology. now with US dollar for new funding the company aims to scale up its presence and mark by linking ayurvedic doctors patients and quality medicine honour 8X enable trustworthy platform the company has also elevated co-founder of the company to fuel is an operation in India and abroad

Foreign lender HSBC on Thursday announced that its asset management arm will acquire L&T Mutual Fund for $425 million (about Rs 3,192 crore). L&T Finance Holdings (LTFH) and HSBC Asset Management (HSBC AMC) have entered into a definitive agreement whereby the latter will acquire 100 per cent equity shares of L&T Investment Management, according to a statement.

Health and fitness start-up, Healthquad on Thursday said it has raised USD 1 million (about Rs 7.5 crore) from investors, including Australian cricketer Pat Cummins.

StarClinch announced today that it has raised ₹1.75 crores in a seed round, led by Artha Venture Fund (AVF), India’s first early-stage micro-VC fund. The round also saw Nitish Mittersain, Founder and MD of Nazara Technologies, participate in the round. StarClinch is AVF’s 14th investment and 23rd funding round from its recently closed ₹225 crores micro-VC fund.

Assisted Fintech Startup Paisagrowth today said that it has raised $250,000 in seed capital from leading startup accelerator GSF and other investors, including Dinesh Agarwal and Dinesh Gulati, CEO and COO respectively of IndiaMart; Rajesh Sawhney, Founder and CEO of GSF and Pras Hanuma, CEO of Infoquest. The startup said that it will utilize the funds to strengthen its product and scale up its operations.

CosIQ, a four-month-old start-up that wants to be an Intelligent skincare brand has bagged funding of 5 million in its seed round from Shark Tank India in its fourth episode on 23rd December. This is the brainchild of Kanika Talwar and her husband. It is a budding molecular skincare brand that offers a range of scientifically-backed products with visible results. Judges of Shark Tank India Ms Vineeta Singh, CEO, SUGAR Cosmetics, and Anupam Mittal, Founder, and CEO, Shaadi.com – Peoples Group have invested in the skincare brand against 25% share of the company.

Fairfax-backed IIFL Group today said that IIFL Fintech Fund is planning to invest Rs 300 crore in early-stage Indian fintech start-ups in the next two years, to facilitate the creation of affordable products and technologies that aid financial inclusion.

Jupitice raises $4 million in Pre-Series A

Jupitice, the world’s first Justice Technology (JusTech) company, today announced to have raised $ 4 million in a Pre-Series A round led by Almas Global Opportunity Fund. Founded by Mr Raman Aggarwal, Jupitice has designed & developed the World’s First Next-Generation Justice Technology Platform powered by AI/ ML &Blockchain. The Chandigarh-based JusTech company has raised the fund in just a few months of its launch. The funds raised will be utilised in Product Development & Global Marketing. Almas Global Opportunity Fund (AGOF) is a fund management company based in the Cayman Islands.

Mumbai Angels Network, a premium platform for early-stage investments has participated in an INR 3.11Cr seed round in Barneys Hard Seltzer along with Ah! Ventures, Chandigarh Angels, and others. Barneys is India’s first zero sugar, low calorie, no-carb hard seltzer with 6% alcohol for those who enjoy their beer and wine but also want something easier and not too serious. The funds raised will be utilised in marketing, production and team expansion.

The rapidly expanding E-learning platform, Dhurina, has recently concluded its second round of funding and has raised USD 1.2 million led by RVCF and other investors like LetsVenture, RBD Publication, India Accelerator, Precision Startup Advisory, and Pai Ventures. The company commits that the freshly infused funds will be deployed towards technological enhancements, aggressive business growth, expansion in the company size, and improving the product’s functionality for students.

Perfora, a digital-first and design-led oral care brand, has raised a $260,000 Pre-Seed round led by Sauce vc, a venture capital fund that backs early-stage consumer brands. Huddle, India’s leading accelerator and early-stage fund for disruptive start-ups founded by Sanil Sachar and Ishaan Khosla also took part in the round. Other investors who backed the company in this round include entrepreneurs Bala Sarda (Founder & CEO, Vahdam Teas), Sameer Mehta (Co-founder, Boat Lifestyle) and Shashank Mehta (Founder, The Whole Truth Foods).

Eggoz Raises $3.5M In Series A Round

Veefin Raises $3M in Series A Round

One of the global leaders in Supply Chain Finance (SCF) technology, Veefin has successfully secured $3 million in funding from Dubai-based HNI Rajesh Rajendran. The funding received will be leveraged to build the company’s product and engineering teams which continue to enhance their strong SCF technology as per the market’s constantly evolving dynamics.

Monster.com, a Quess company, and one of India’s leading online talent platforms, today announced that it has raised INR 137.5cr in a funding round led by prominent industry leaders – Akash Bhanshali (Volrado Venture Partners) and Mohandas Pai (Meridian Investments) with participation from Quess. Post the funding round the company is valued at close to USD 100 million. The current close has been done at INR 112.5 crore with an option built-in to expand the round to INR 137.5 crore.

Gobillion, a pioneering B2C social commerce platform for the next 400 million customers spread across tier-2+ cities in India, raises seed funding amount of US$2.9 Million led by YCombinator, Justin Mateen (Founder – Tinder, through the JAM Fund) and Pioneer Fund.

Minko Raises $1.5M In A Seed Funding Round

Edtech Startup TagHive Raises $2.5M In Series A Round

TagHive, a Samsung Ventures-backed ed-tech startup, announced today US $2.5 million in Series A funding led by Forest Partners, a leading alternative investment firm based in South Korea. TagHive plans to use the funds to ramp up technology upgrades and expand local teams in India to meet the growing demand for its smart learning platform.

Deciwood, the only Indian brand to make Bluetooth speaker today announced that it has closed funding of $200K led by Shuru up. The other participants in this funding round included , Ankit Kedia (Founder of Capital-A), Arun Gupta(Founder MoMagic) and Let’sVenture and India Accelerator. Deciwood will use the new funding to invest in R&D, acquire new customers and expand its service and dealer network.

Feminine hygiene start up Sirona (makers of PeeBuddy and other innovative feminine hygiene products and market leaders in menstrual cups) have raised INR 100 crores in Series B funding from South Asia’s largest DTC conglomerate and recent BPC Unicorn Good Glamm Group. This is one of the largest amounts invested in a Series B round for a DTC feminine hygiene start-up. The round also saw secondary buyout with early investors including seed and angel investors taking a very happy exit.

Yodacart, an e-commerce start-up by XLRI Jamshedpur student Vikas Sharma, has announced pre-seed funding of 225,000 USD from Ajith Daniel, a New York-based Angel Investor, an LP in several Investment funds, a serial entrepreneur with 3 successful exits over US$200 Million, and a Strategic Growth Advisor to many start-ups. Incidentally, Ajith is also an XLRI alumni.

FRND﻿, a Bengaluru-based audio romance and friend discovery startup, has raised $6.5 million in a Series A funding round led by Battlegrounds Mobile India (BGMI) creator KRAFTON. The round also saw participation from existing investors — India Quotient and Elevation Capital.

Flo Mobility, a vision-based autonomous technology company, today announced that it has raised $400K from DevX Venture Fund, Venture Garage Angels, Blume Founders Fund and other marquee angels. The company’s stated vision is to build a universal autonomy platform that can bring autonomous capabilities to vehicles across industries and form factors. The company is deploying its stack on a wide variety of vehicles like electric scooters, delivery bots, agri-weeders, surveillance bots, golf carts, lawnmowers, etc. Founded in 2019 by Manesh Jain and Mohan Kumar Flo Mobility aims to democratize autonomy by building an affordable, compute lite and interoperable stack that can also be retrofitted into existing vehicles and equipment.

This investment comes right after Fast&Up raised its Series C funding of $22 million by Morgan Stanley Private Equity Asia (MSPEA). It’s the first time Morgan Stanley has invested into a new-age business. Both the companies resonate on the belief of doing the right thing and putting consumers first, led with exceptional ideas along with ensuring to give back across diversities. 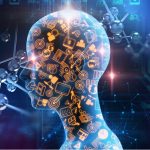 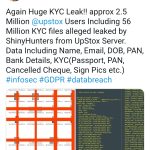 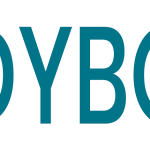 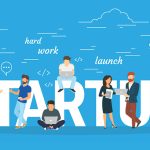 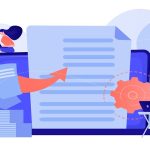 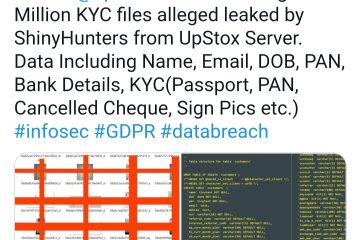 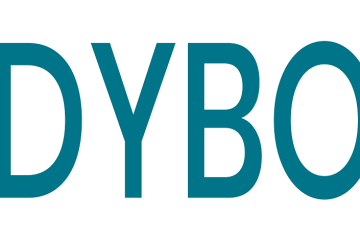 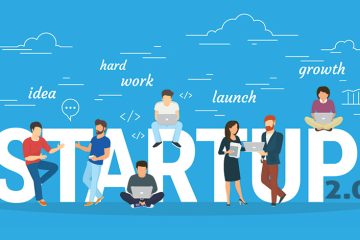 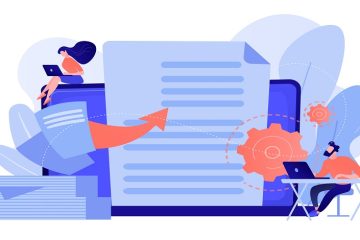 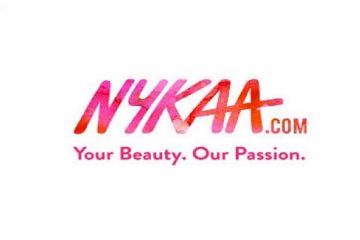